It’s been a long day, with me starting to learn Micronaut, with reactive MongoDB (reactor).

I came across a strange situation where I would call a @Get endpoint, which had a variable of @PathVariable ObjectId, but got a bad request (from Postman).

I found another project (https://github.com/hantsy/micronaut-sandbox/tree/master/mongodb-album-service), which allowed me to pass the @PathVariable successfully (to MongoDB). The only issue was this was using Gradle, and i’m using Maven.

I found a useful stackoverflow post, which described using the Maven-Publish plugin to convert build.gradle to pom.xml:

Since Gradle 7, Maven-Publish tasks are automatically added to your Gradle tasks (https://docs.gradle.org/current/userguide/publishing_maven.html).

I managed to convert build.gradle to pom.xml, by following these steps:

(ii). I then added the following to my build.gradle:

Add maven-publish to my plugins:

When you look the Gradle tasks, you will see (under publishing), a generatePomFileForMavenPublication: 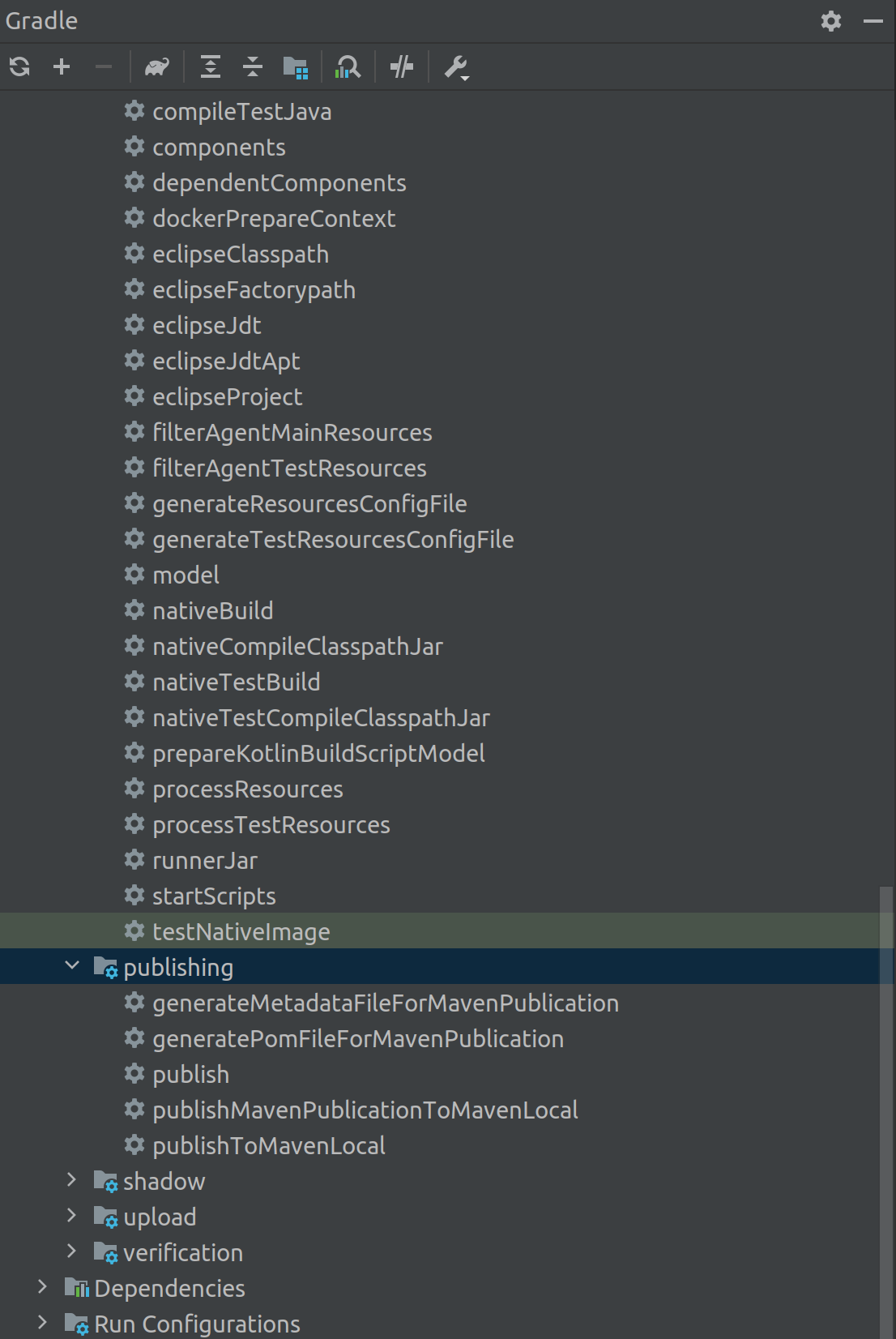 A file named ./build/publications/maven/pom-default.xml will have been generated.

(iv). I copied this file to my project root, renaming to pom.xml.

Closed the project, and created new project (using Idea), and was able to confirm that the controller @Get was now working as expected.