I'm not a fan of things which don't work, information which is not kept up-to-date.

How to check your recurring payments in Paypal

Click on the settings icon at the top of the screen: 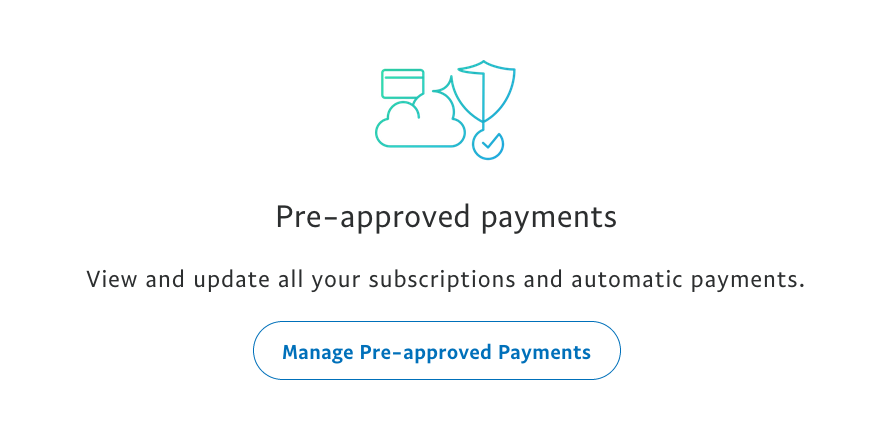 Your pre-approved payments will be listed.

Use Filter Status by to view “just” active or inactive:

Instance An instance is a unique copy of a Class that representing an Object. When a new instance of a class is created, the JVM will allocate a room of memory for that class instance.

Resource identification through URI: A RESTful web service exposes a set of resources that identify the targets of the interaction. Resources are identified by URIs, which provide a global addressing space for resource and service discovery.

Uniform interface: Resources are manipulated using a fixed set of four create, read, update, delete operations: PUT, GET, POST, and DELETE. PUT creates a new resource, which can be then deleted by using DELETE. GET retrieves the current state of a resource in some representation. POST transfers a new state onto a resource. See Responding to HTTP Methods and Requests for more information.

Self-descriptive messages: Resources are decoupled from their representation so that their content can be accessed in a variety of formats, such as HTML, XML, plain text, PDF, JPEG, JSON, and others. Metadata about the resource is available and used, for example, to control caching, detect transmission errors, negotiate the appropriate representation format, and perform authentication or access control.

Stateless interactions through hyperlinks: Every interaction with a resource is stateless; that is, request messages are self-contained. Stateful interactions are based on the concept of explicit state transfer. Several techniques exist to exchange state, such as URI rewriting, cookies, and hidden form fields. State can be embedded in response messages to point to valid future states of the interaction.

Not limited to HTTP (SMTP imeplmentation).

Choice depends on scope of application.

Write ENOUGH code for the test to pass

THINK through test cases BEFORE implementation

Mocking allows functionality to be stubbed, before_ actual_ implementation exists.