I have been spending time thinking about how a basic statistics package would change over time, as load and system complexity increased.

I don’t want to “just” query Postgres, as this will not allow for scaling the system, and will introduce a future bottleneck (for me, this is a potential gotcha, just waiting to happen).

So I have been learning how Redis can be used to build the basis for storing statistics. 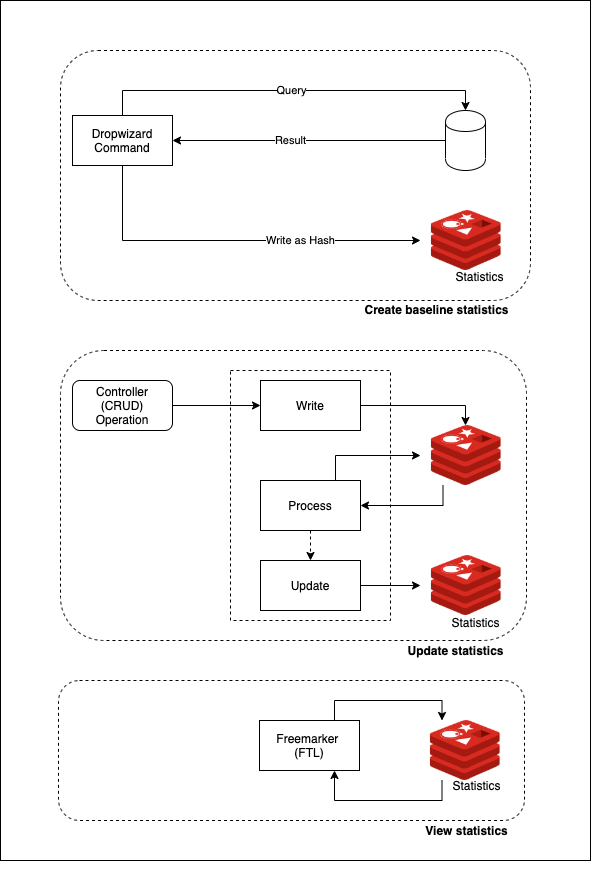 The advantages of using Redis, include less load on the database, using Redis as a message queue (for resiliency), and having the ability to use other Redis features (like publish subscribe).

There is more to be done, but implementing this design would be a good foundation to providing statistics.